I must now express my disgust and disappointment in the protesters. Just like other long-term protests that have taken place,  the aftermath is a garbage dump.
The environmental impact on the water supply is disgusting. The human waste is appalling. The tents and tarps and food waste, sleeping bags, blankets, foam pads, plastic totes, containers, styrofoam coolers, cardboard boxes of supplies for living. Large burn barrels, piles of firewood for warming tepees and cooking fires. The unused cases of canned goods and water. The list goes on…. 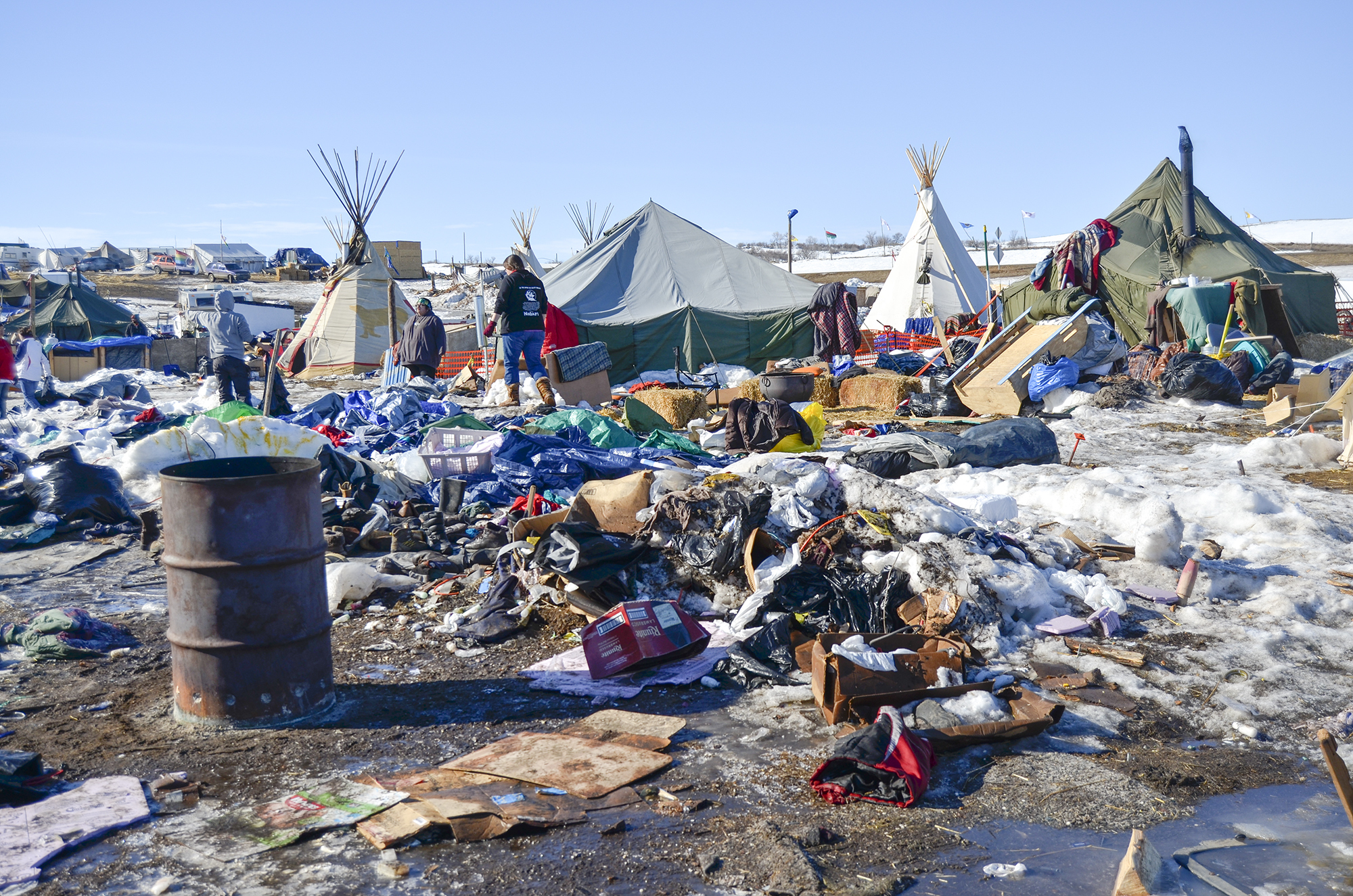 Then as if environmental impact wasn’t bad enough as the protesters leave they set fire to this garbage.

The burning of some of this makeshift camp is a much larger impact than a pipeline that carries oil. The Alaska pipeline (Alyeska pipeline)has been in use for 40 years and has been running pretty smooth. It put 70,000 people to work.http://www.alyeska-pipe.com/TAPS/HistoryDesignConstruction

You make the call but my take is that this was and example of serious hypocrisy!!??

I do beleive the indigenous people were used for someone elses agenda.

3 thoughts on “Weighing in on Standing Rock…..”